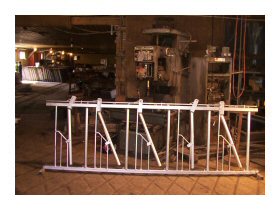 Seneca Dairy Systems traces its roots back to the 1970’s, when Clarence Martin started his welding business, Green Valley Welding. In 1978, Green Valley Welding began manufacturing freestalls and other dairy equipment for local farmers. Clarence believed that if it was worth building, it should be designed and built to last. He also believed that every customer should be treated fairly before, during and after every sale. Word spread quickly within the farming community about this unique little company and business began to grow. Clarence’s children helped out around the shop almost as soon as they learned to walk. As the business continued to grow through the 1980’s and early 90’s, his son, Earl took an exceptional interest in the company with an affinity toward technology and making great products even better and more efficient. 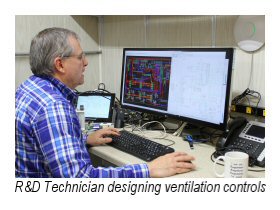 In 1999 Earl purchased the business from his father and changed the name to Seneca Iron Works. He began investing heavily in the latest technologies, with a strong emphasis on Research and Development. With his redirected focus, Earl assembled a highly innovative Engineering and Custom Builds team. This allowed Seneca Iron Works to keep its vision toward the future while offering the unique ability to fabricate custom items for farmers that most of its competitors either don’t have the resources, or simply refuse to do. Seneca Iron Works quickly expanded its product line and its customer base grew nationwide. It wasn’t long before Seneca Iron Works became known for its high quality standards, unparalleled customer service and innovative product design. 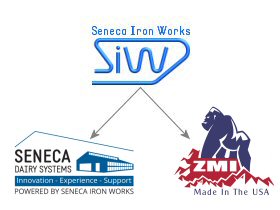 The years of striving to make products that were more efficient while offering a better value to the customer found Seneca Iron Works branching out in new directions and they began improving and designing agricultural implements & attachments. To fill a need of a local customer in 2001, SIW also designed an improved commercial grade Snow Pusher with superior value than that of its competitors. By the mid 2000’s Seneca Iron Works was a thriving company that had found its place as a respected leader in the Dairy Equipment Industry. In 2015, Seneca Iron Works was manufacturing a new diverse array of products and Earl decided to create two new companies to handle them; Seneca Dairy Systems, LLC to market and sell the Dairy and barn related equipment and ZM Industries, LLC to distribute Snow Pushers and the Agricultural & Industrial Attachments. Seneca Iron Works continues with manufacturing and is the foundation of these two sibling companies, maintaining its high standard of excellence and superior quality. 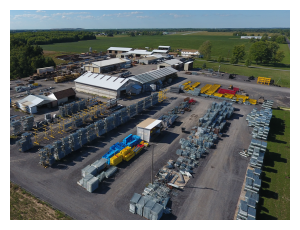 Today, Seneca Dairy Systems’ Research and Development Team continues to forge ahead bringing Automation and Technology to our customers to assist with herd management, air quality control and more! Our pioneering attitude and a firm belief in the philosophy Clarence fostered nearly 40 years ago has set us apart from our competitors. Through years of knowledge and innovation, the SENECA name has become synonymous with reliability and dependability and is one of the most trusted names in the dairy industry.

This website uses cookies to improve your experience while you navigate through the website. Out of these, the cookies that are categorized as necessary are stored on your browser as they are essential for the working of basic functionalities of the website. We also use third-party cookies that help us analyze and understand how you use this website. These cookies will be stored in your browser only with your consent. You also have the option to opt-out of these cookies. But opting out of some of these cookies may affect your browsing experience.
Necessary Always Enabled
Necessary cookies are absolutely essential for the website to function properly. This category only includes cookies that ensures basic functionalities and security features of the website. These cookies do not store any personal information.
Non-necessary
Any cookies that may not be particularly necessary for the website to function and is used specifically to collect user personal data via analytics, ads, other embedded contents are termed as non-necessary cookies. It is mandatory to procure user consent prior to running these cookies on your website.
SAVE & ACCEPT
Loading Comments...